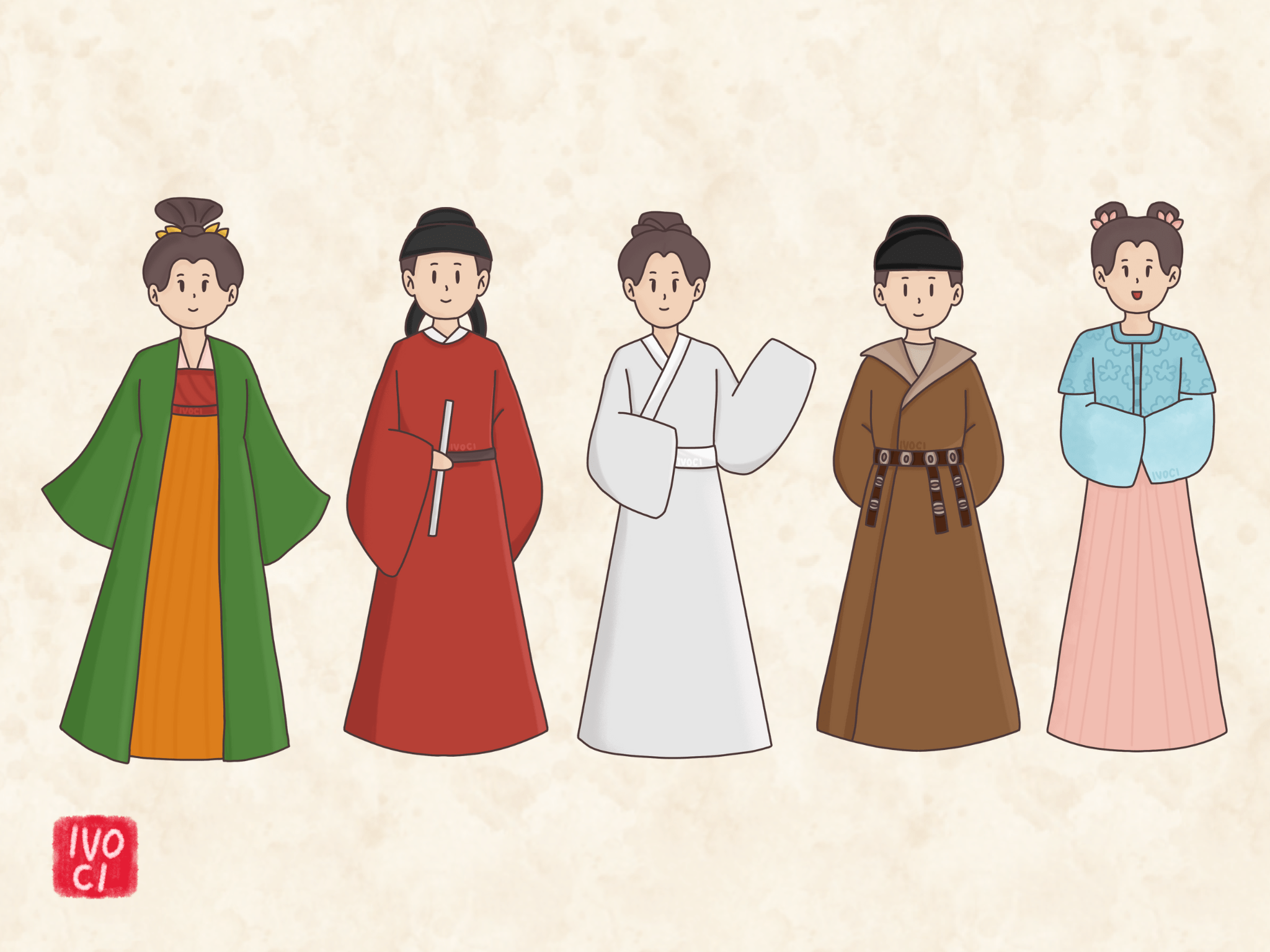 Tang dynasty (Chinese: 唐朝; pinyin: táng cháo) was one of the Chinese dynasties that succeeded the Sui dynasty and preceded the Five Dynasties and Ten Kingdoms period.

The Tang dynasty was founded by the Li family (李), who took power during the decline and collapse of the Sui dynasty.

The Tang dynasty, with its capital at Chang’an (now Xi’an) which was then the world’s most populous city, is considered one of the high points in Chinese history, a golden age of cosmopolitan culture.

Tang dynasty hanfu is a Tang style of the hanfu clothing system.

There are many types of Tang dynasty hanfu. 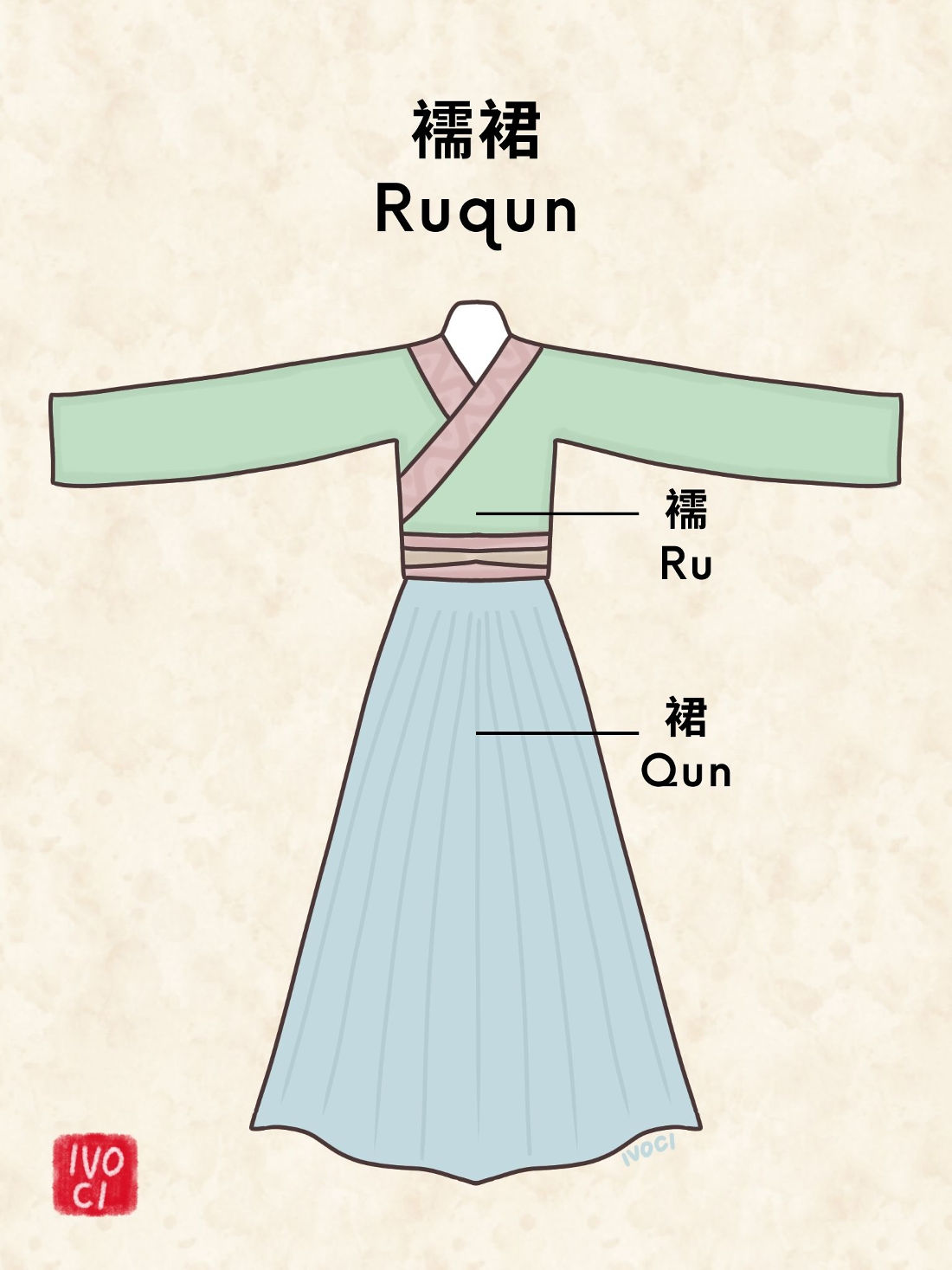 The way to wear the top is to cross the collar or tie a knot at the front. The underskirt is knotted, the top is tucked in or loosened naturally, and covers the knees.

In the mid and late Tang dynasty, the concept of traditional Chinese aesthetics was strengthened in clothing and began to return to the old style, gradually recovering from showing a female figure to Qin and Han dynasty style loose clothing and sleeves, elegant and fairy-like, and the clothes became increasingly looks full.

This style has finalized and influenced the basic concept of Chinese women’s clothing in later times, which is loose and looks full, which of course became the object required by later etiquette.

The hezi was also used as a garment accessory in the qixiong ruqun. This Tang dynasty hanfu style combination is sometimes referred to as heziqun.

Not wearing a belt and loose and natural. This is further evidence of the shift away from women’s clothing in the mid and late Tang dynasty from garments with many heavy layers, which were more cumbersome to wear.

In the Tang dynasty, foreign trade was developed.

Especially when the Tang dynasty became a center for economic and cultural exchanges between Asian peoples, it became the most glorious page in the history of Asian history.

This period absorbed Indian and Persian culture and was integrated into Chinese culture.

In the Tang dynasty, the form of clothing was more open and more beautiful. Women’s clothing in the Tang dynasty was characterized by bright colors, and materials that were very light and even translucent, beautiful, and flowing.

Tang dynasty clothing is full of variety, with countless totem beasts and mythical beasts, as well as exquisite embroidered flowers and trees. Apart from that, people also love to stitch famous painter’s paintings on their favorite clothes – unique & luxurious treasures.

Tang dynasty clothing patterns had a great influence on later dynasty garment designs, and continue to this day. Patterns with auspicious meanings are widely used in modern clothing, representing a new art form generated by the combination of traditional designs and modern aesthetics.

It was stipulated in the Tang dynasty that golden yellow was the exclusive color of the emperor and the royal family, and it gradually developed into a symbol of imperial power.

Except for golden yellow, there are no restrictions on using other colors.

However, to make it easier to confirm the rank of government officials, their uniforms will be made according to the colors pure purple, red, cyan, and green.

Fabrics include silk, cotton, linen, and wool. Silk is the most widely used because it is light, soft, and comfortable to wear.

And silk textile technology was very mature at that time.

Among the many clothes of the Tang dynasty, the hufu is the most influential.

Hufu or Hu clothing refers to the clothing worn by the Hu people, that is, the clothing of ethnic minorities in the Northwest (the northern peoples were called “Hu” in history), which is very different from the Han clothing with wide belts in the Central Plains at that time.

The clothes fit the body and make it easy to move.

Hufu in the Tang dynasty 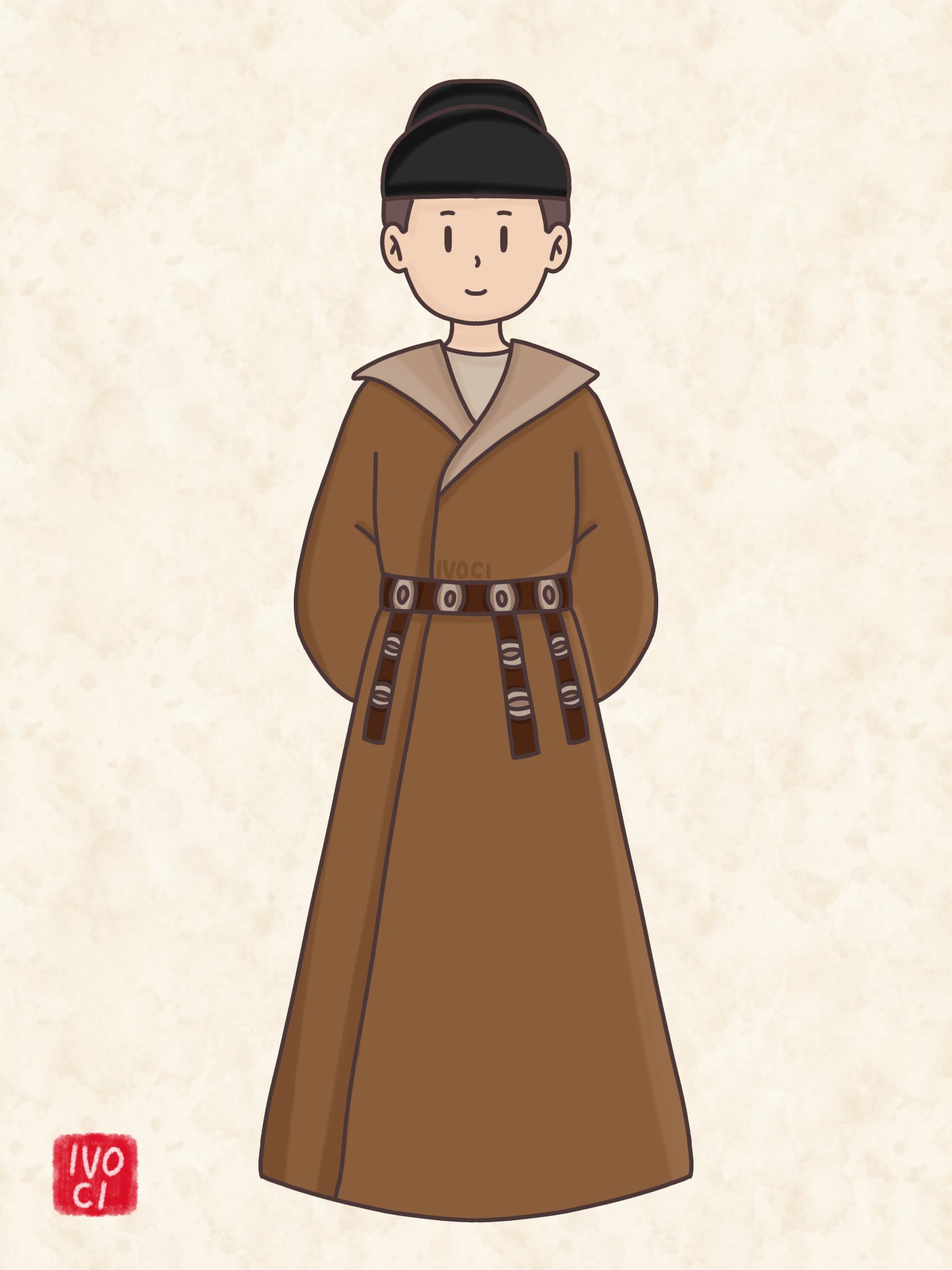 Hufu is a broad concept of clothing, which generally refers to the clothing of ethnic minorities other than the Han nationality and northern nomadic peoples.

In the integration of ethnic groups in various historical periods, hufu has been integrated into various levels and forms.

The introduction of hufu has a history of hundreds of years to the Tang dynasty. From Zhenguan to Kaiyuan in the Tang dynasty, hufu became popular in women’s clothing and even became a fashion.

The costumes of the Hu statues in the Tang dynasty were particularly eye-catching, such as braided buns, curly hair, and beard, tall pointed hats, collar robes, small-sleeved shirts, pointed hook brocade boots, wine ribbons, jade belts, and so on.

Fashion is a symbol of social change, and fashion trends in clothing are constantly changing with society.

The influence of Hu people’s clothing on the Han people must have been the result of Hu people’s integration into Central Plains society during this period.

Especially in the Tang dynasty, women disguised themselves as men and wore hufu, which was a social custom at the time, and became one of the fashionable costumes during the Tang Gaozong and Wu Zetian periods.