Qun (the skirt) used in qixiong ruqun is generally tied above the chest. 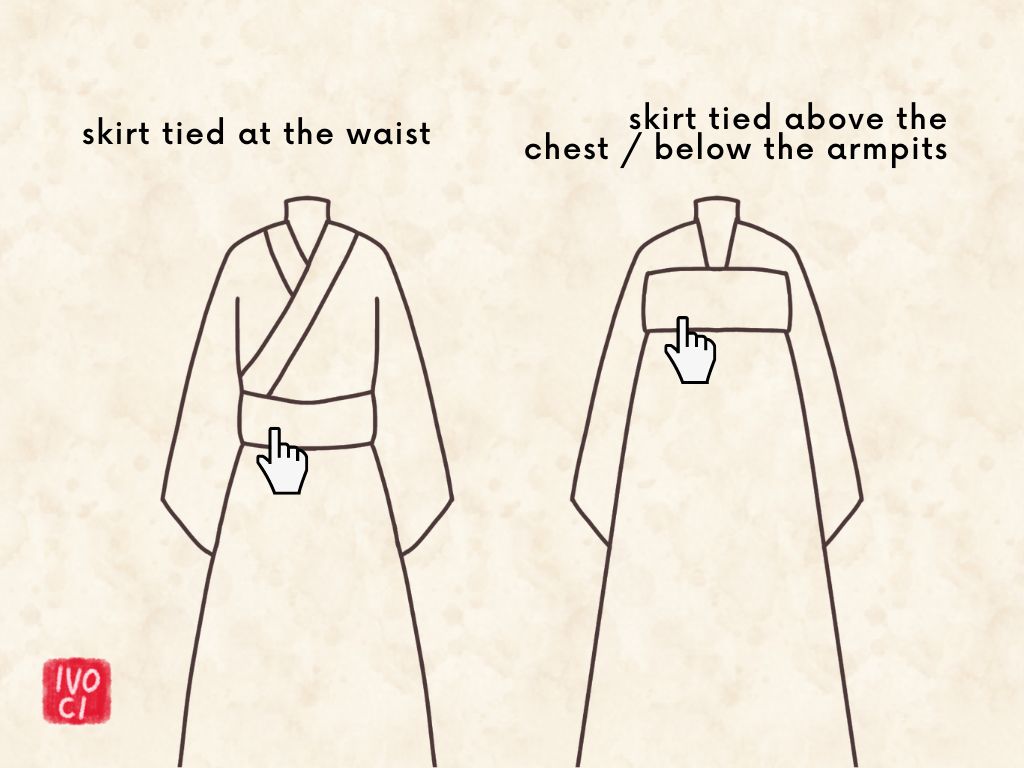 Some historical records of clothing refer to it as a high waist ruqun.

Later, the name was changed to qixiong ruqun, according to the inspection and certification carried out by the people.

This garment was worn by women during the Sui dynasty, Tang dynasty and the Five Dynasties and Ten Kingdoms period.

This style of clothing is also often worn back in the early and middle Ming dynasty. 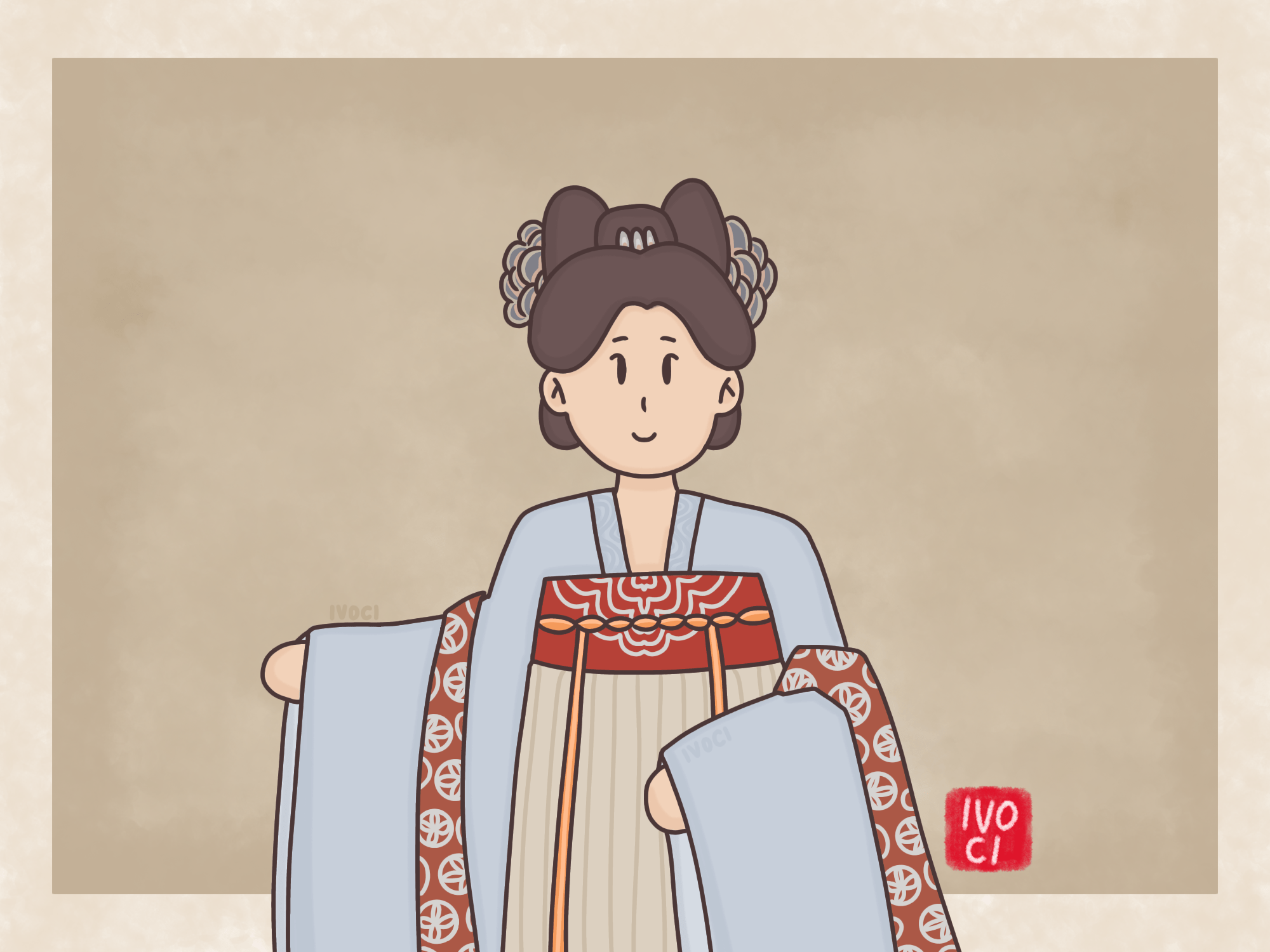 Qixiong ruqun was a distinctive form of women’s hanfu in the Tang dynasty.

The qixiong ruqun was also adopted by Khitan women and continued to be worn in the Liao dynasty even after the fall of the Tang dynasty.

The hezi is tied from back to front, and the bottom has a drawstring so that the waist of the skirt can be tied at once.

This accessory bears some resemblance to Dudou (肚兜) in the Qing dynasty. Hezi was used in the Tang dynasty, Song dynasty, and Ming dynasty.

Hezi can be seen in frescoes and ancient Chinese cultural relics, for example, the famous Dunhuang (敦煌) Mural.

Pibo, also known as pizi (Chinese: 披子 ; pinyin: pī zi), is a kind of decorative shawl, which was introduced to China by the Silk Road from West Asian culture, and later became a hanfu accessory.

Pibo was popular in the Sui and Tang dynasties, especially the Tang dynasty.

Daxiushan is also used to match dresses with skirts.

In ancient times, qixiong ruqun with daxiushan could be worn as formal wear.

This type of clothing can be seen in the Tang Dynasty silk painting “courtier women decorate their hair with flowers”, this work is from Zhou Fang, a very influential painter in the middle Tang dynasty.

In modern times with the increasing popularity of hanfu, qixiong ruqun is gaining high popularity among young women.

The modern qixiong ruqun is controversial due to the scarcity of excavated historical clothing.

Now, qixiong ruqun can be found in one-piece and two-piece skirts.

The one-piece style qixiong ruqun is a traditional Chinese one-piece skirt that is tied like a wrap skirt.

The two-piece style qixiong ruqun consists of two pieces of cloth. It is presented as two pieces of fabric that are incompletely sewn on the sides to form the back and front and with two sets of ties. The way to tie a two-piece qixiong ruqun is different from a traditional one-piece skirt: first, the back is tied, then the front is tied. 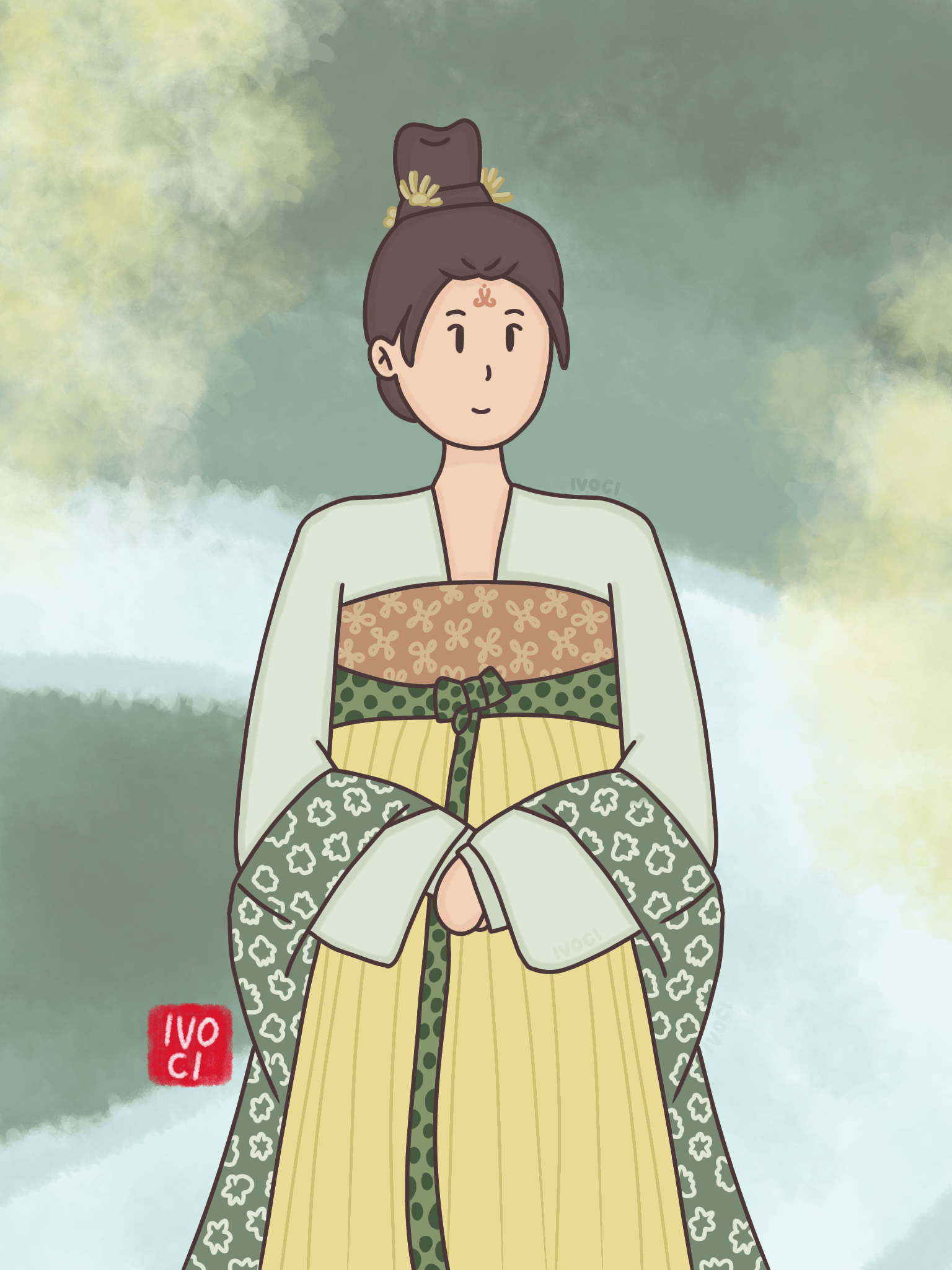 Qixiong ruqun style clothing is often depicted in the costumes worn by actors and actresses in Chinese dramas, films, and other forms of entertainment. They are also sometimes depicted in Korean dramas.

What is Xianxia Drama?