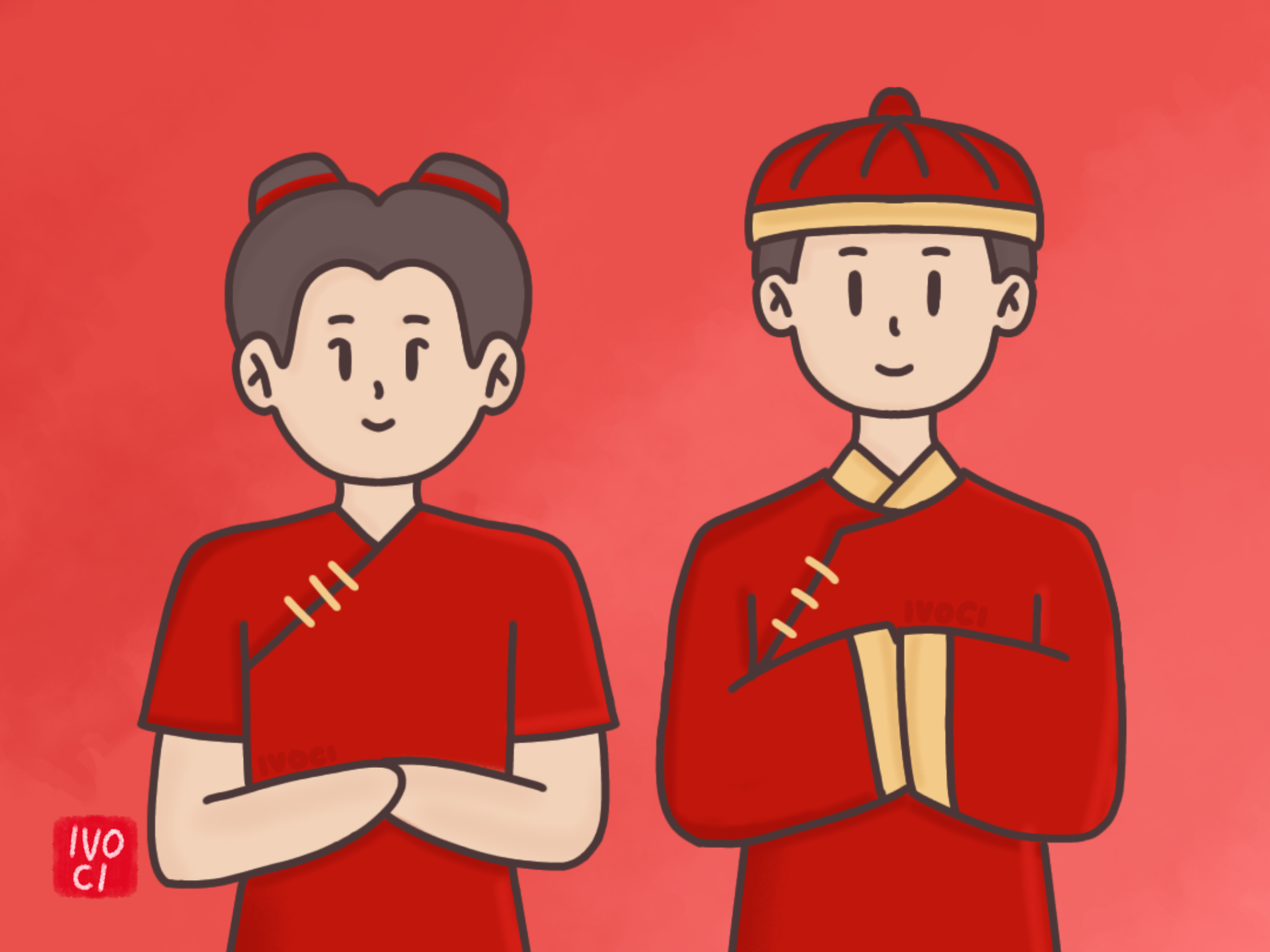 Chinese New Year, also known as the Spring Festival, is the most important festival in China and a major event in several other East Asian countries.

Chinese New Year is near, so have you decorated your house with red?

The Chinese New Year Festival is thousands of years old and rich in legends, including:

According to legend, there was a monster named “Nian” in ancient China, with sharp fangs and claws, very fierce.

“Nian” lived deep in the mountains for many years, and only came down the mountain every Chinese New Year’s Eve to devour cattle and injure people.

Therefore, every New Year’s Eve, people in every household leave their homes to escape the catastrophe from the Nian monster.

One New Year’s Eve, an old man is begging from outside the village.

Some people closed windows and locked doors, some packed their bags, and there was panic everywhere. No one cares about the old man.

Only an old woman cared about him, made dumplings for the old man, and advised him to go up the mountain to avoid the Nian monster.

To repay the old woman’s kindness, the old man told her that Nian was most afraid of red, fire, and explosions, and asked her to wear red clothes, stick red paper on the door, light red candles, and burn bamboo in the yard to make explosions.

In the middle of the night, Nian broke into the village. He found that the old woman’s house was brightly lit, his eyes were forced open by the dazzling red color, and heard the loud sound of firecrackers coming, making him run in a tremble.

Soon, the story spread in the village.

Since then, people know how to drive away the new year. Every Chinese New Year’s Eve, every family decorates their house with red and sets off firecrackers.

On the morning of the first day of the Chinese New Year, they will visit relatives and friends to greet and congratulate them for passing through the Nian.

2. The Legend of “Peach Charm”

Once upon a time, Mount Dushuo in the East China Sea had a beautiful view.

There is a peach forest on the mountain. Among them was a large peach tree with lush branches and leaves. People who eat the peaches from this tree can become immortal.

One night, a ghost with a blue face, long fangs, red hair, and green eyes wanted to steal the fairy peaches.

The two brothers Shen Tu and Yu Lei, masters of the peach forest, used peach branches to defeat the ghosts and tied them with straw ropes to feed the tiger watching over the mountain.

Since then, the names of the two brothers have been feared by ghosts, and after they died, they became immortals who punished evil ghosts.

Later generations used peach wood planks one inch wide and seven or eight inches long to draw statues of Shen Tu and Yu Lei and hung them on both sides of the door to ward off ghosts and evil spirits.

3. The legend of the “sticking Fu character”

The benevolent Empress Ma tried to eliminate this disaster so she ordered everyone in the city to put labels with the characters “Fu 福” on their doors before sunrise the next day.

Naturally, no one dared to disobey Empress Ma’s will, so the word “Fu 福” was plastered on the door of every home.

Among them, an illiterate family posted the word “Fu 福” reversed.

The Emperor was furious upon hearing the report and immediately ordered the Royal Guard to kill the entire family of that people.

Empress Ma saw this, and said to Zhu Yuanzhang, “The family knew you were visiting today, so they deliberately reversed the writing. Doesn’t that mean ‘good luck arrived’?”

“福 (Pinyin: Fú)” reversed in Chinese is “福倒了 Fú dào le” and its homonym is “福到了 Fú dào le (Fu has arrived, or means luck and good fortune has arrived)”.

As soon as the emperor heard that it made sense, he ordered the people to be released.

From then on, people started to put labels with the character “Fu 福” reversed, to wish good luck, and commemorate Empress Ma.

The origin of the Chinese New Year has several versions and legends.

Robe From 100 Fabrics From Various Families

Gifts You Must Bring When Attending Chinese Traditional Weddings