The rabbit lantern is so cute <3 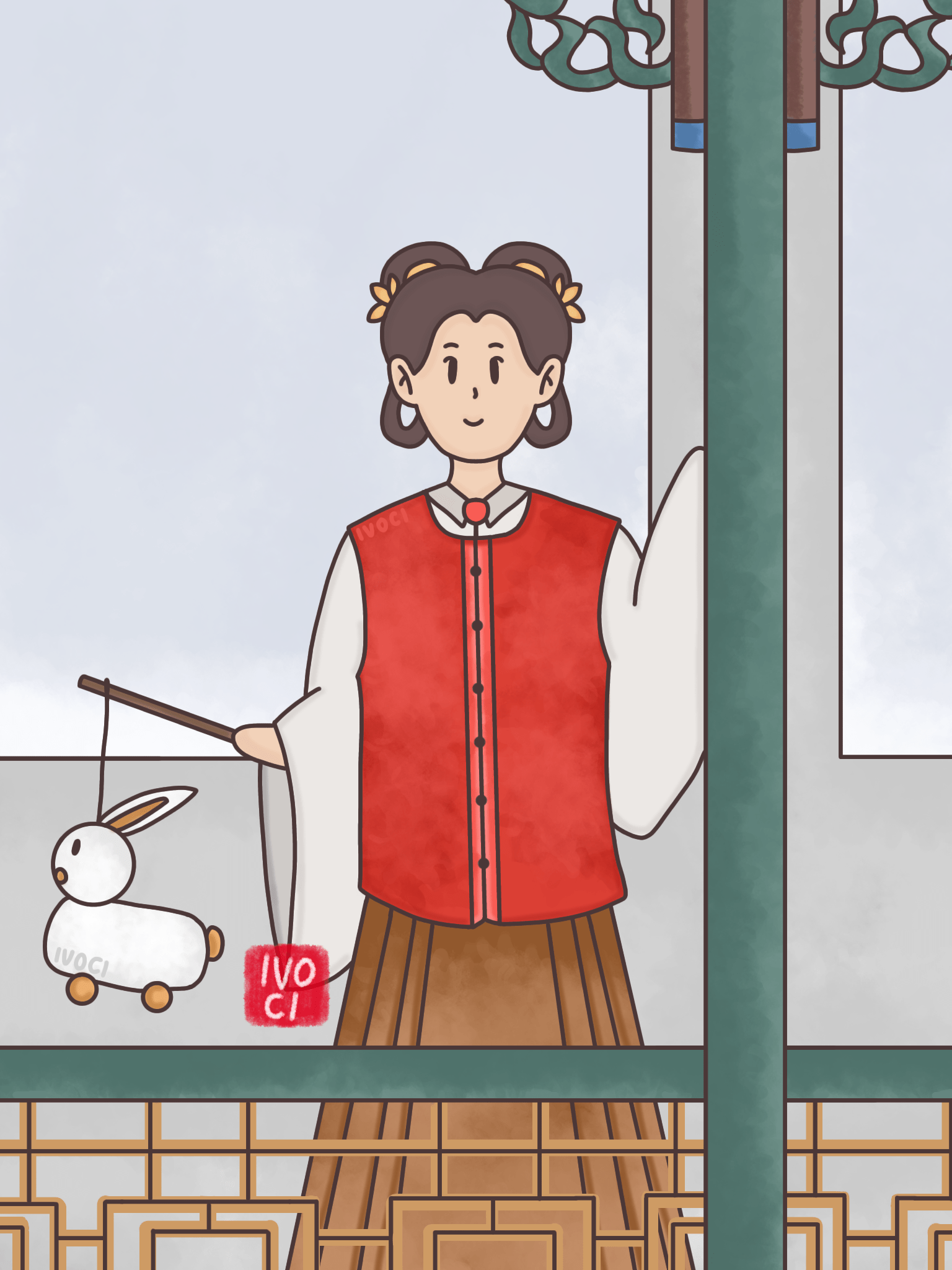 Bijia (Chinese: 比甲 ; pinyin: bǐ jiǎ) is a sleeveless and collarless vest that is split into both sides.

Bijia was popular in the Yuan and Ming dynasties.

In the early Yuan Dynasty, bijia was only worn by the emperor.

After entering the Central Plains, bijia became popular among the people and was popular in the middle of the Ming Dynasty. From the middle to the end of the Qing Dynasty, bijia began to be rarely used.

Mamianqun (Chinese: 马面裙 ; pinyin: mǎ miàn qún) is a type of skirt worn by Han Chinese women as the bottom of a garment item in Hanfu.

Mamianqun is one of the main representatives of the ancient Chinese style skirt.

Mamianqun was the most distinctive style of women’s clothing in the Ming and Qing dynasties.

Mamianqun originated in the Song and Liao dynasties and became popular for its functionality and aesthetics. It continued to be worn in the Yuan, Ming, and Qing dynasties.

In the 21st century, mamianqun revived its popularity with the revival of the Hanfu movement.